“Don’t just resist cynicism — fight it actively. Fight it in yourself, for this ungainly beast lays dormant in each of us, and counter it in those you love and engage with, by modeling its opposite. Cynicism often masquerades as nobler faculties and dispositions, but is categorically inferior. Unlike that great Rilkean life-expanding doubt, it is a contracting force. Unlike critical thinking, that pillar of reason and necessary counterpart to hope, it is inherently uncreative, unconstructive, and spiritually corrosive. Life, like the universe itself, tolerates no stasis — in the absence of growth, decay usurps the order. Like all forms of destruction, cynicism is infinitely easier and lazier than construction. There is nothing more difficult yet more gratifying in our society than living with sincerity and acting from a place of largehearted, constructive, rational faith in the human spirit, continually bending toward growth and betterment. This remains the most potent antidote to cynicism. Today, especially, it is an act of courage and resistance” – Maria Popova 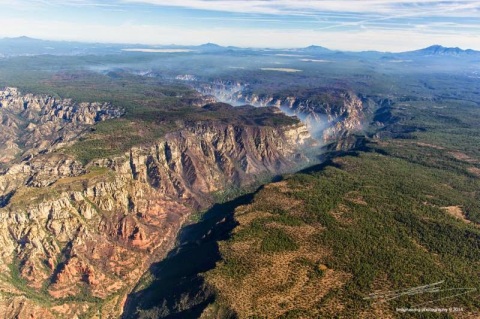 “We simply need that wild country available to us, even if we never do more than drive to its edge and look in. For it can be a means of reassuring ourselves of our sanity as creatures, a part of the geography of hope. Something will have gone out of us as a people if we ever let the remaining wilderness be destroyed.” – Wallace Stegner

You are currently reading hope. at SouthwestDesertLover.